The Gauthier story began over 57 years ago 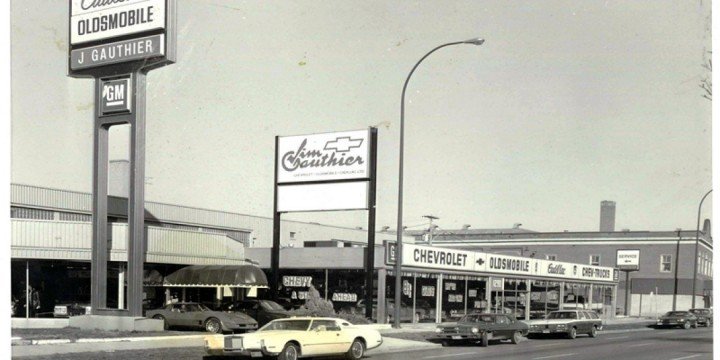 The Gauthier story began over 57 years ago when Jim Gauthier started work at Russell Motors.  His passion for the auto business continued when in 1959 Jim Gauthier and his father, Woodrow Gauthier, opened Kustom Auto Sales in Transcona as a joint venture with Boulton Motors which later became a stand-alone Studebaker franchise. In 1967 Jim started as a salesperson at Transcona AMC  rising to the role of General Manager. In 1972 Jim bought Pan-Am Motors, selling it in 1977 while acquiring Transcona Dodge which he owned until 1980. Jim bought out Ed Vickar Community Chev Olds at 1290 Main Street in 1980 and it quickly became one of the largest volume GM dealerships in Winnipeg.

Then in 1990 we opened our doors at our current location at 1400 McPhillips & continued its evolution into Jim Gauthier Chevrolet LTD. The Gauthier family of dealerships has since grown to include Gauthier Chrysler Dodge Jeep RAM (1998), Gauthier Cadillac Buick GMC (2001), & Jim Gauthier's Waverley Chrysler Dodge Jeep (2005). We believe that our association with the Chevrolet brand, backed by the reputation earned by Jim Gauthier, our commitment to complete customer satisfaction & our fine tradition of excellence, that we will continue to be Winnipeg's premier sales & service destination as we work everyday live up to the phrase. "Everyone Loves A Gauthier Deal!"