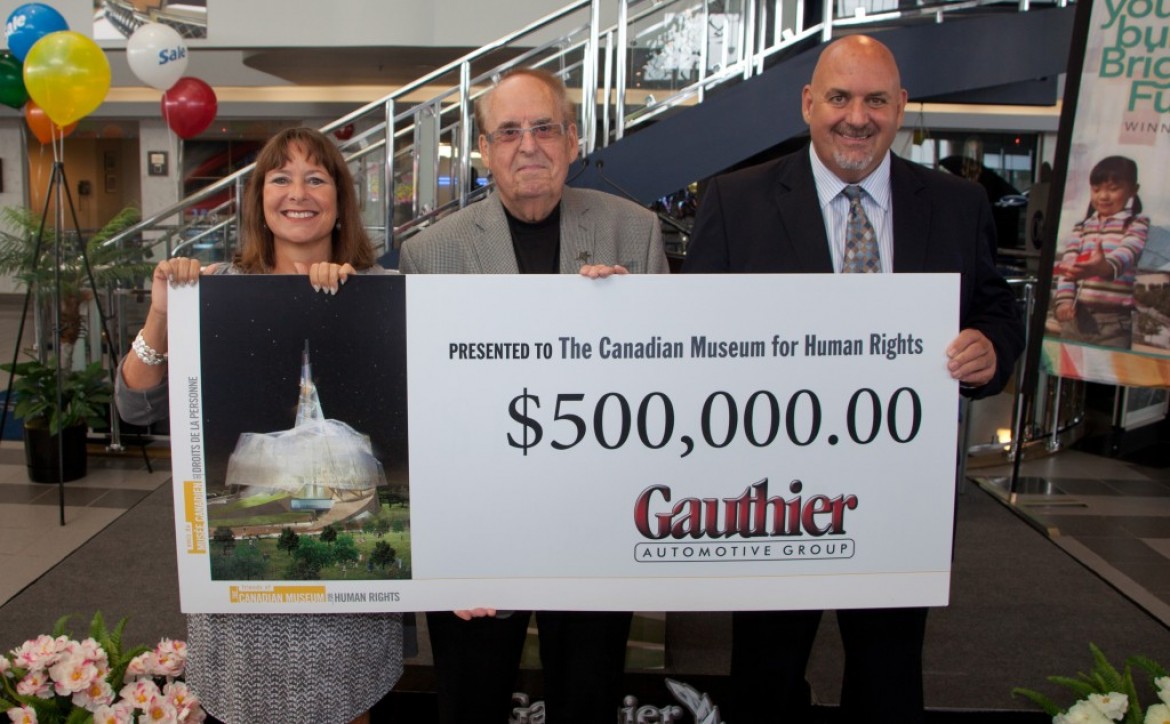 The Friends of the Canadian Museum for Human Rights announced Gauthier's latest donation to the museum's capital campaign, bringing his contribution total to $1.5 million.

"Jim is a great supporter of Winnipeg and of the museum," Gail Asper, the organization's national campaign chair, stated in a news release Monday.

"He truly understands what this museum can do for our city and the effect it will have worldwide. This is a centre that will have a huge impact locally, while reaching out to the world with human rights awareness, education and action."

"We're really excited to be able to make this additional gift to the museum," Gauthier said in the release.

"We believe in giving back to our community and feel the museum is one of the most ambitious and inspiring initiatives that has been undertaken in Winnipeg. It's important for the Gauthier Automotive Group to be strong supporters."